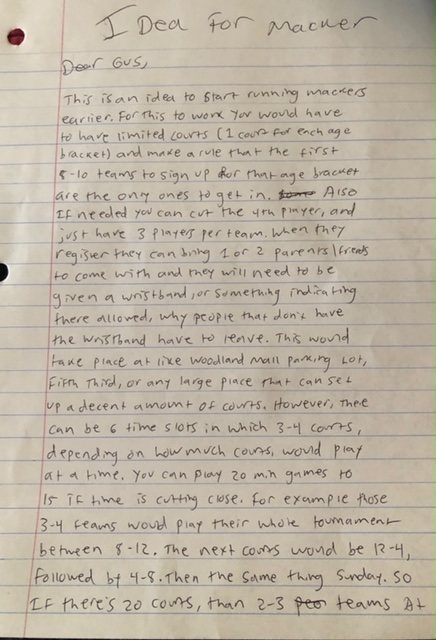 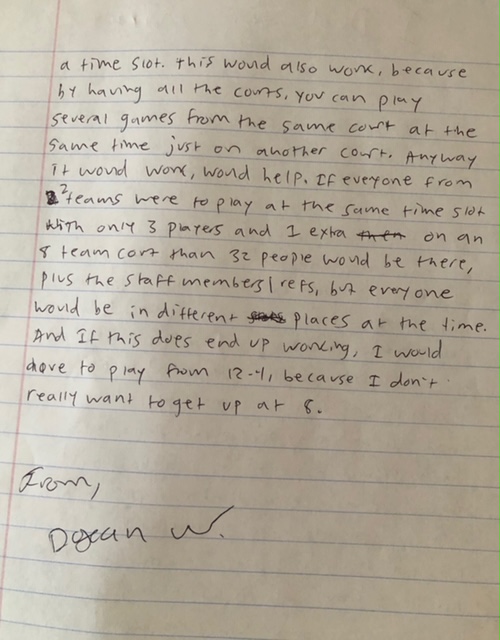 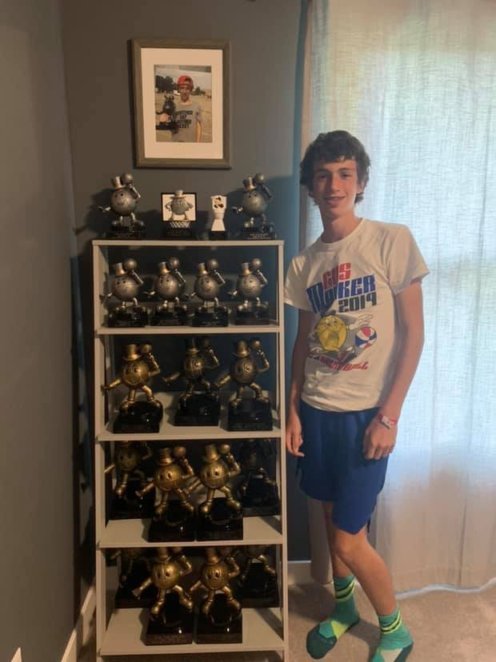 This is an idea to start running Macker earlier. For this to work you would have to have limited courts (1 court for each age bracket) and make a rule that the first 8-10 team to sign up for that age bracket are the only ones to get in. Also if needed you can cut the 4th player, and just have 3 players per team. When they register they can bring 1 or 2 parents/friends to come with and they will need to be given a wristband, or something indicating there allowed, why people that don't have the wristband have to leave. This would take place at like Woodland Mall parking lot, Fifth Third, or any large place that can set up a decent amount of courts. However, there can be 6 time slots in which 3-4 courts, depending on how much courts, would play at a time. You can play 20 min games to 15 if time is cutting close. For example those 3-4 teams would play their whole tournament between 8-12. The next courts would be 12-4, followed by 4-8. Then the same thing Sunday. So if there's 20 courts, than 2-3 teams at a time slot. This would also work, because by having all the courts, you can play several games from the same court at the same time just on another court. Anyway it would work, would help. If everyone from 2 teams were to play at the same time slot with only 3 players and 1 extra on an 8 team court than 32 people would be there, plus the staff members/refs, but everyone would be in different places at the time. And if this does end up working, I would have to play from 12-4, because I don't really want to get up at 8.